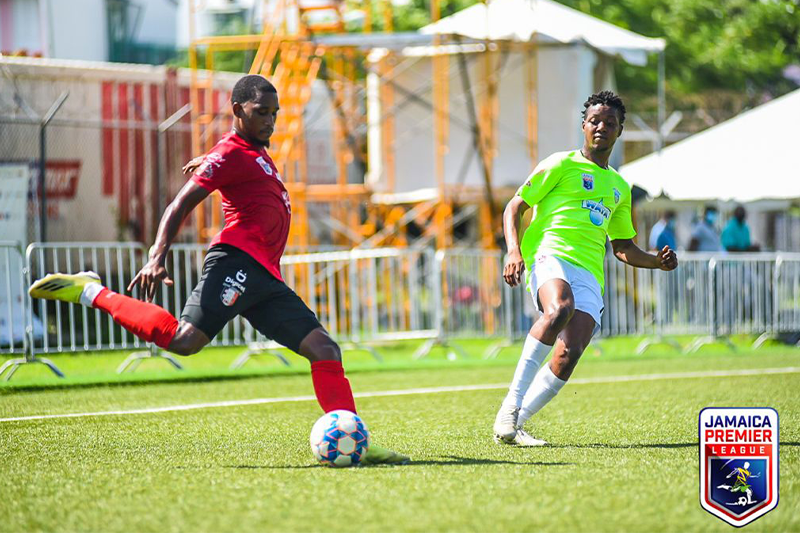 The Marcel Gayle-coach Waterhouse from Drewsland, moved from eighth to third on 13 points and into a playoff spot with two sets of games remaining.

They are just one point off the leaders Vere United and Mount Pleasant both on 14 points.

The result also meant that Arnett Gardens were eliminated from the playoffs as with just seven points from eight games, they are six points adrift of the last playoff spot held by Dunbeholden FC on 13 points.

Arnett Gardens remained in the ninth position and just below them, Molynes United was also eliminated based on Sunday’s results. 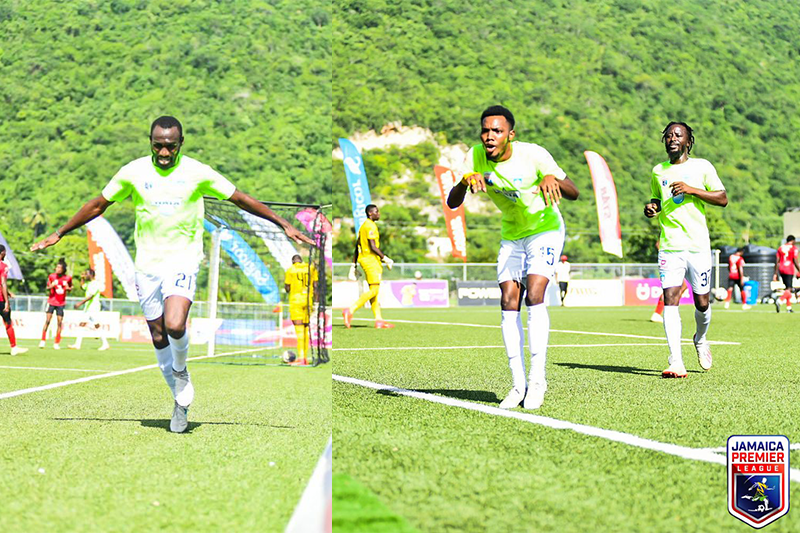 So with two sets of games remaining eight teams remained in the running to be crowned Jamaica Premier League champion in this truncated season.

Waterhouse, who lost the last two finals, announced themselves that they will once again be contenders with a ruthless destruction of Arnett Gardens.

Substitute Andre Fletcher who came on at the start of the second half in the 46th minute, grabbed a brace, netting in the 51st and 54th minutes.

Fletcher has now scored five goals, the same as Andrew Vanzie of Humble Lion and one behind top scorer Oquassa Chong of Harbour View on six goals.

Earlier, Shaquille Bradford had given Waterhouse a 20th minute lead with a glancing header from a Denardo Thomas cross. 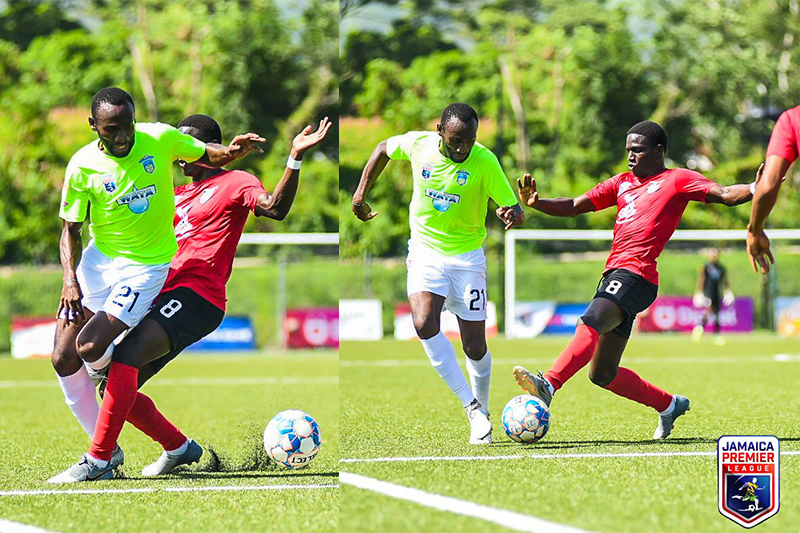 But Arnett Gardens pulled levelled courtesy of Renaldo Cephas who converted a penalty in the 25th minute after referee Daneon Parchment ruled handball on defender Kymani Campbell from a freekick and he was yellow carded.

Campbell would have rebounded in style as he laid on the assist for Damion Binns to use his body and steered the ball home on the stroke of halftime. Then he made a surging run and earned a penalty that Fletcher dispatched from the spot for his second goal.