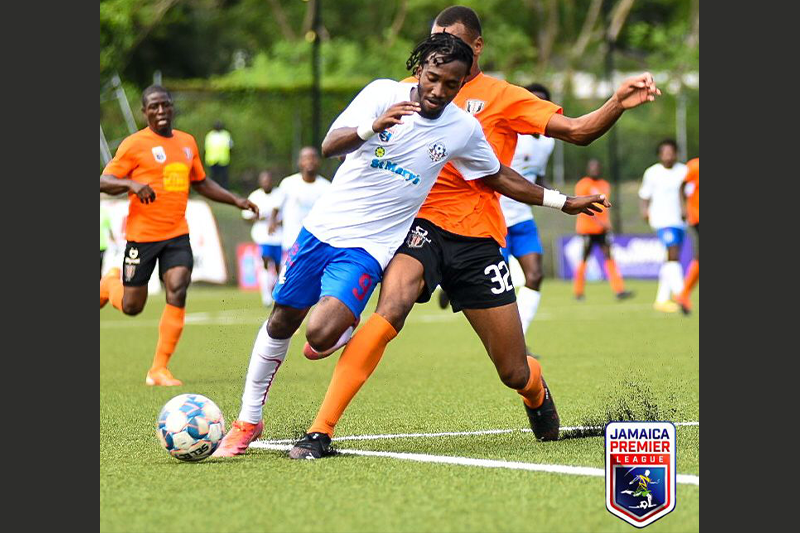 Defending champions Portmore United turned in a virtuoso performance and brushed aside Tivoli Gardens 3-1 and jumped to the top of the Jamaica Premier League (JPL) tables at the end of the fourth round.

Portmore with their third win from four matches, jumped three places from the fourth spot to first place on nine points while Tivoli Gardens stayed in the seventh position on four points from three games.

Playing at the UWI-JFF Captain Horace Burrell Centre of Excellence, Tivoli Gardens finished the game with 10-men after goalkeeper Kewong Watkins picked up two yellow cards in the 7th and 51st minutes with identical fouls on Javick McFarlane just outside the box.

But before that, McFarlane from St Lucia, opened the scoring with a beautiful volley after a poor-headed clearance from Odean Pennycook fell into his path and he lashed a dipping volley over the goalkeeper Watkins in the 36th minute.

Then, two minutes later in minute 38, Demar Rose then scored another wonderful goal following a neat buildup between Ricardo Morris and the impressive Shante James.

But Clarke was soon embarrassed as Morris scored a wonderful goal directly from a corner kick in the 60th minute. 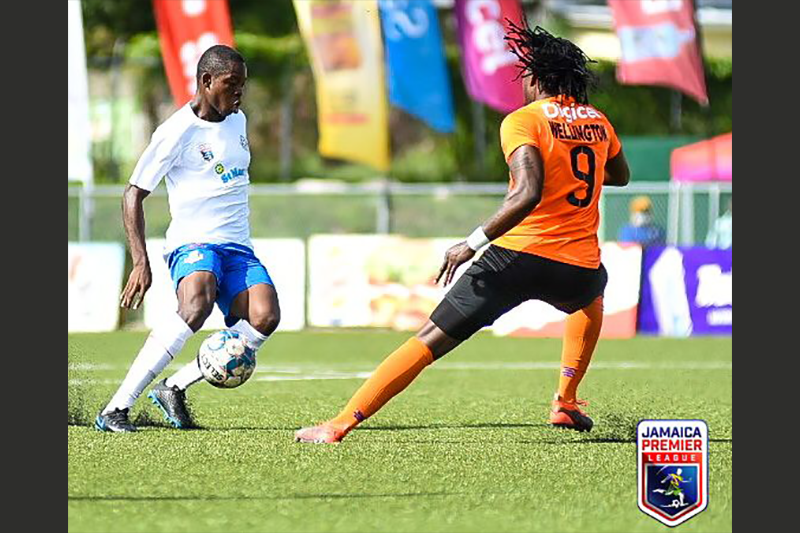 But Tivoli Gardens to their credit battled hard and were rewarded in the 71st minute when Rodico Wellington's 20-meter free-kick took a deflection and wrong-footed Kemar Foster in goal to reduce the deficit.

Winning coach Ricardo Gardner of Portmore United said his team continues to improve and it’s a work in progress.

“It’s good to see we get a couple of goals at the other end and we would have loved to go on and keep a clean sheet. But unfortunately, we have to be a little bit more professional about our performances and not get tired of the good habits,” said Gardner.

Meanwhile, Tivoli Gardens head coach Phillip Williams thought the game got away from them because they were not marking and tracking in the middle of the park.

“If you look at the goals they came from turnover in some key areas while we were in transition and it definitely hurt us,” Williams pointed out.

“Playing against a good team like Portmore and going a man down the game will only get a lot harder than how it started. But I believed the 10 men managed the rest of the time well and did some amount of damage control,” he noted.