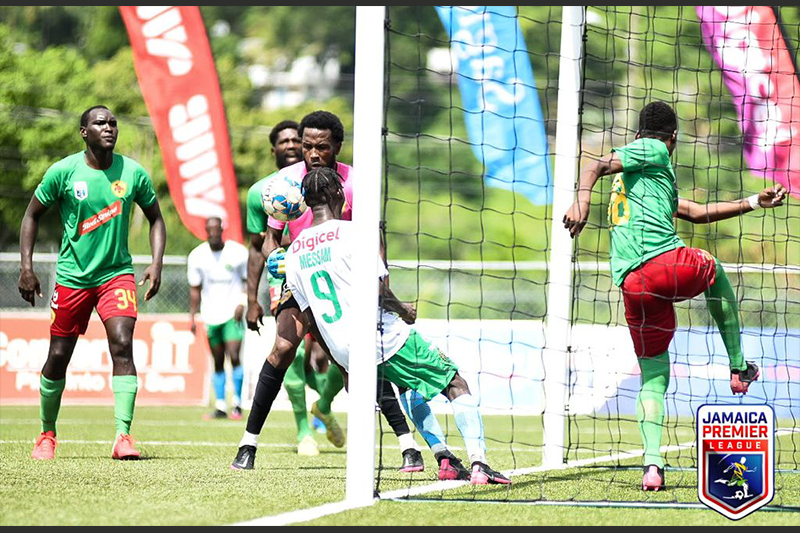 It was an exciting game involving four goals, six yellow cards including Vere’s head coach Donovan Duckie, two red cards involving one for time-wasting when he was about to be substituted.

Then it climaxed with substitute Anjay Gayle, who was supposed to have replaced the red-carded Shamar O’Connor in the 86th minute, eventually coming on in the 90th minute for Kevin Johnson and scored in the 92nd minute.

Incidentally, Johnson who came on for Tyrese Harrison in the 67th minute was also substituted because coach Donovan Duckie wanted Gayle on by any means, and he didn’t let him down.

But before all that, Ricardo Messam grabbed a brace, netting in the 27th and 57th with two quality poachers goals.

Andrew Vanzie had pulled Humble Lion levelled in the 37th minute from the penalty spot after referee Andre Farquharson pointed to the spot following a handball in the box.

Four minutes later, things got worse for Humble Lion as top defender Linval Lewis got a straight red card in the 31st. He had earlier picked up a yellow in the 21st minute.

But playing with a man short, was a tall task for Humble Lion and they could not hold out Vere who went ahead courtesy of Messam in the 57th minute who tapped home after the ball rebounded into his path following good work by Romone Plummer and Tyrese Harrison.

It was Vere’s second win from four games and they jumped joint top of the league with eight points but second behind Harbour View only on goal difference. 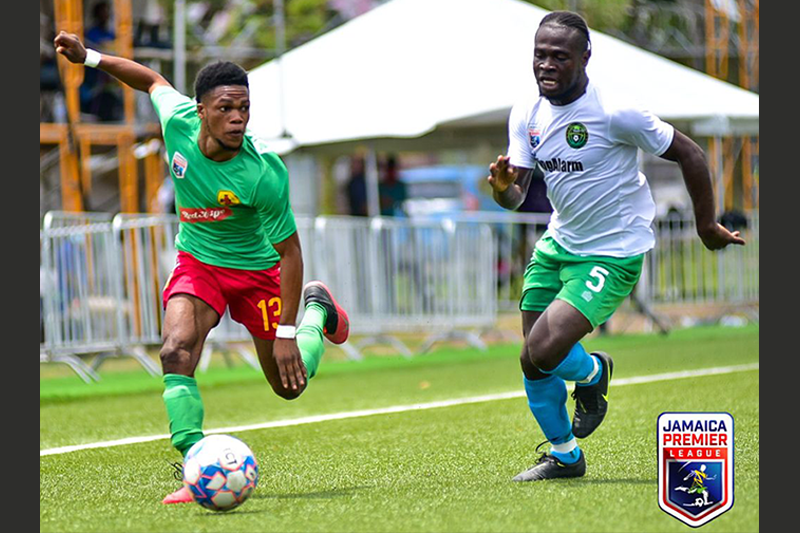 For Humble Lion, the soul searching continues as they suffered their fourth consecutive loss and remained at the bottom of the league pointless.

In fact, the Andrew Price-coach Humble Lion are the only team in the 11-team league that has not gained a point as yet and he was livid.

“We keep shooting ourselves in the foot every week and getting that red card so very early in the first half, we were always behind the eighth ball and had to battle against a team with a numerical advantage,” Price pointed out.

“We have to find ways of managing and playing the game properly. We have to play with some common sense and we not doing that right now which is unfortunate and giving up goals that the opponents don't have to work hard for,” said a frustrated Price.

Meanwhile, Duckie was more than satisfied despite picking up a yellow card for arguing with the officials and welcomed the three points.

“Well full credit to my team. It’s a derby game and we know exactly what would have happened. I thought the referee had his hands full but did the best he could,” said Duckie.

“We scored some goals today which is unlike us because we started to play from a defensive position but I thought the guys stuck to the task and it was hard work that gave us the victory,” he noted.