Professional Football Jamaica Limited has announced today that they have secured two sponsors for the Jamaica Premier League season that seeks to get underway in early 2021.

The sponsors, Yummy Bakery and Jamaica Producers Limited were announced at a press signing which took place at the Jamaica Pegasus on Thursday, December 10.

Both Yummy and Jamaica Producers are on board as club sponsors, as the new football body seeks to secure club sponsorships at a total targetted value of $100 million.

Chairman of the Professional Football Jamaica, Chris Williams, says this is just the first of many announcements to come over the next week: "I am happy to have Yummy & Jamaica Producers on board to throw their support behind Jamaica’s football. Both companies recognize the tremendous value that a successful Jamaica Premier League season will bring in securing income for a vulnerable grouping and much-needed entertainment for Jamaicans at home and in the diaspora.” 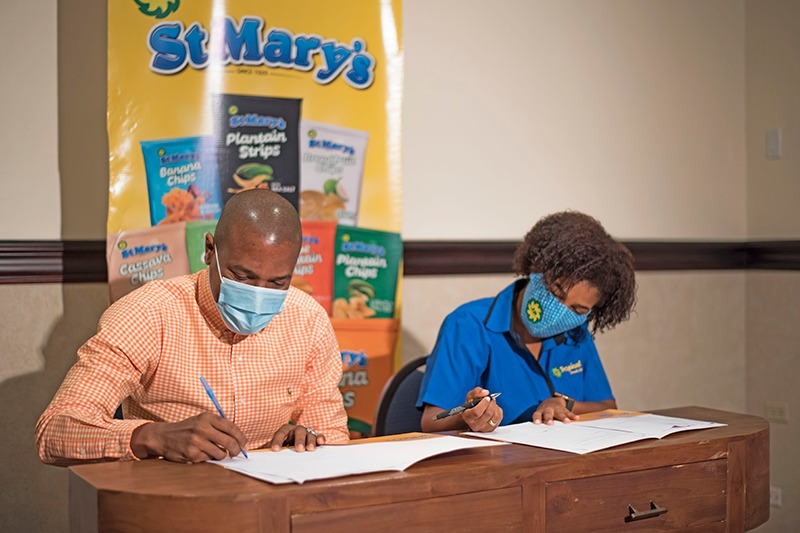 “We have decided to support the Jamaica  Premier League as a Jamaican-born company, to help develop our national teams and players. It's a part of who we are as a company. We look forward to an early start in 2021 and a safe and successful season."

“We took this decision because JP has been around since 1929 as Jamaica's snack of choice and the Premier League is part of the fabric of what Jamaica enjoys. We want to be a part of delivering fun and entertainment  through our fruits and snacks and we are delighted to come on as a sponsor and bring on some fun to Jamaica in the next year.”

Professional Football Jamaica is finalizing plans for the 2021 season and is negotiating with sponsors in the presenting, league, and club categories. They are also finalizing broadcast partners for the season which will run for 20 consecutive weeks with a round of matches each Saturday, Sunday, and Monday at a designated location.

Each club sponsor will be assigned to their respective clubs via a random draw to be conducted in January 2021.